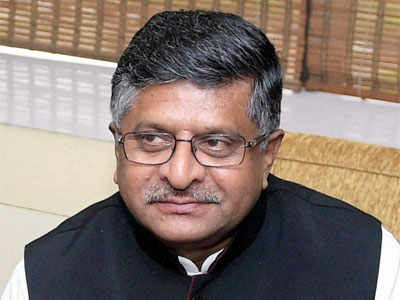 Speaking on the occasion, Shri Ravi Shankar Prasad reiterated the commitment of the Government towards the successful implementation of ‘Digital India’ which would help to transform India into a truly digitally empowered society and knowledge economy in the 21st century. He said the government is aiming at empowering people of India through digitalization. Millions of citizens have already joined in this initiative and invited others to do so. He said e-services should reach more people at the earliest and sought cooperation from State Governments, industry and acadmecia in the early achievement of this objective.

Sh. Ravi Shankar Prasad also announced that India Post would be launching Payment Banking by March 2017. He said after the successful turn around of BSNL, new initiatives have been taken for improving performance of MTNL. He also announced launch of free incoming all over the Country by MTNL from New Year.

The event saw the launch / inauguration of new 23 products / eServices.


The key launches are as follows:

* The detail on each of 23 new products / eservices is available at the Digital India Portal (www.digitalindia.gov.in).

The awards for best performing States/Districts during the Digital India Week event (1st July – 7th July, 2015) were given to: