Sir,
Sub: - Grant of Flood Advance and other Financial Assistance for the staff including Gramin Dak Sewaks and Casual, Part-Time, Contingent employees who suffered substantial loss during the recent flood in Tamilnadu – Reg.
As you are aware that, there was torrential rain and catastrophic flood in Tamilnadu for the past three weeks and almost the Chennai City is devastated. Likewise, many areas viz. Cuddalore, Kanchipuram, Tiruvallur Districts and Puduchery union territory are the most affected parts of Tamilnadu during the recent flood. Water logged even in Airport, Railway Stations, National Highways etc. and almost every connecting link is severed and no vehicle service for the past several days in the City . National Disaster Management Team, Army, Navy and Air Force personnel are deployed for rescue operations and death toll crosses 188, as per official figure.

The Prime Minister of India recently visited Tamilnadu to make a personal survey of flood affected areas, described this as a National Disaster and announced Rs. 1000 Crores as immediate relief from the National Disaster Response Fund for rehabilitation works. The Tamilnadu State Govt. and Puduchery Union territory Govt. have announced the above mentioned areas as flood affected and various kinds of assistances/relief are extended to the affected people.

It is therefore requested to take necessary action so as to grant natural calamity advance to all the affected Central Government Employees, including Gramin Dak Sewaks and Casual, Part-time and Contingent employees, those who are residing in the flood affected Districts of Tamilnadu State.

Moreover, it is requested to take suitable action to grant Financial Assistance liberally to those officials/GDS/Casual Labourers who suffered with substantial loss of movable and immovable properties due to flood. 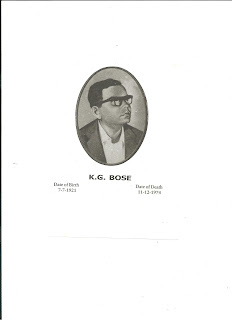 Struggle for unity & unity for struggle
Posted by NFPE at 11:59 AM