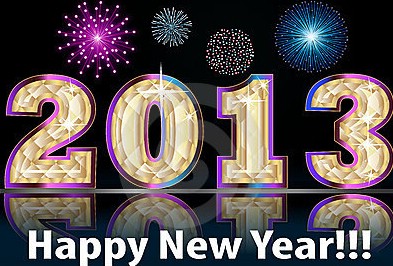 Respondents are directed to file reply statement with in four weeks time and there after two weeks time is granted to the applicant to file rejoinder, if any.

PROMOTION OF JUNIOR ADMINISTRATIVE GRADE (NFSG) OFFICERS (WHO ARE ON DEPUTATION) OF INDIAN POSTAL SERVICE, GROUP 'A', TO SAG OF THE SERVICE. (Click link below for details)
http://www.indiapost.gov.in/DOP/Pdf/Postings/1-2-2009-SpG-27dec2012.PDF 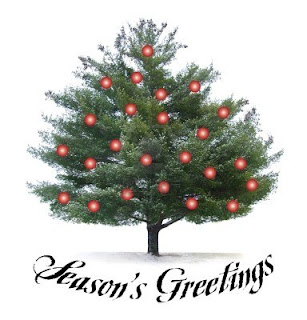 ALL CLARIFICATIONS ON MACPS AT ONE PLACE
CLICK HERE TO KNOW

KNOW YOUR LTC RULINGS
CLICK HERE TO KNOW
Posted by NFPE at 11:17 AM No comments:

FLASH NEWS
GDS AIC DATE CHANGED
PREPONED TO 2013 MARCH 21st & 22nd
As the Festival “HOLI” is on 27th March 2013, the dates of the 1st All India Conference of AIPEU-GDS (NFPE) has been preponed to 2013 March 21st and 22nd.
VENUE:
DHARMAPRAKASH KALYANA
MANDAPAM, CHENNAI - 600084
(Chennai City)
All concerned are requested to note the change in dates.  Book your up and down tickets immediately

As CAT and High Court of Kerala has given clear judgement that Group-D and Postmen vacancies earmarked for GDS should not be abolished under screening Committee’s 2/3 abolition from 2001 to 2008 (as it is an in service promotion to GDS and NOT Direct Recruitment) the CAT Ernakulam Bench has STAYED the implementation of recent Directorate orders abolishing vacant Postmen & Group-D posts for the period from 2005-2008 in Kerala Circle. Earlier about 413 Group –D Posts marked for abolition was also filled up as per CAT Order. Case filed by NFPE P-4 & GDS=M. Krishnan, SG, NFPE.
Posted by NFPE at 1:42 PM No comments:

LABOUR LAWS  APPLICABLE TO CASUAL  AND SELF EMPLOYED WORK FORCE
Reliable estimates of employment and unemployment are obtained through quinquennial labour force surveys conducted by National Sample Survey Office (NSSO). Last such quinquennial labour force survey was conducted during 2009-10. As per results of the most recent survey, 15.6 per cent, 33.5 per cent and 51.0 per cent of the total work force on usual status basis was found to be engaged in regular wage/salaried work, casual labour and self employment respectively during 2009-10

The Central labour laws applicable for the casual labour in the country are broadly The Minimum Wages Act, 1948, The Equal Remuneration Act, 1976, The Inter-State Migrant Workmen (Regulation of Employment and Conditions of Service) Act, 1979, The Contract Labour (Regulation and abolition) Act, 1970, The Beedi and Cigar Workers (Conditions of Employment) Act, 1966 and The Unorganized Workers’ Social Security Act, 2008.

The Minister of State for Labour & Employment Shri K. Suresh gave this information in reply to a written question in the Lok Sabha today.
Source: PIB
Posted by NFPE at 10:03 AM No comments:

Leave Travel Concession is one of the topics in which Central Government Employees are mainly interested.  Though this topic is not complex as such, many questions and doubts would arise regarding the admissibility of LTC in many practical situations.  Of Course a written law cannot cover all the situations.  So, Government is issuing clarifications on LTC from time to time.  Covering the original orders and those subsequently issued clarifications by DOPT, some time back we had   published a compilation of frequently asked questions relating to Leave Travel Concession (LTC) applicable to Central Government Employees.
Now DOPT has come up with a compilation of Frequently Asked Questions on LTC (Leave Travel Concession) same mentioned below.

The Government of India has always been concerned about the welfare of downtrodden especially Scheduled Castes and Scheduled Tribes. As a part of the affirmative action, reservation in promotion had been available to the SCs and STs since 1955. However, some decisions of the Supreme Court like in Indra Sawhney, Veer Pal Singh Chauhan and S. Vinod Kumar cases had caused certain effects on the scheme of reservation in promotion for SCs and STs. To overcome these effects, the Government had brought four Constitutional amendments, namely, 77th, 81st , 82nd and 85th amendments.

The latest of such judgments was in M. Nagaraj case in which the Supreme Court has laid down some per-requisite conditions for providing reservation in promotion. These conditions are, namely, assessing the quantum of representation of SCs, STs, there backwardness and effect on efficiency.

In wake of the effects of the judgment of Supreme Court the Government had introduced a Constitutional Amendment Bill in Rajya Sabha during the last session so that the Scheduled Caste and Scheduled Tribes may continue to get reservation in promotion as existing. There had been demand to retain Article 335. Accordingly, the Bill was amended to delete the words “ or in Article 335”, so that the condition of the efficiency as mentioned in the Article 335 should continue to be a part of the Constitution and should not be obliterated. Moreover, it ensures that the effects of proviso to article 335 are retained which permits relaxed standards for candidates belonging to the scheduled castes and the scheduled tribes in case of promotion against reserved vacancies. The amended Bill has now been passed by the Rajya Sabha.

The Government is making efforts to get the Bill passed by the Lok Sabha also in this session itself.
Source: PIB
Posted by NFPE at 11:59 AM No comments: