ADHAAR IS OPTIONAL FOR PURCHASE OF RPLI / PLI POLICIES - DPLI 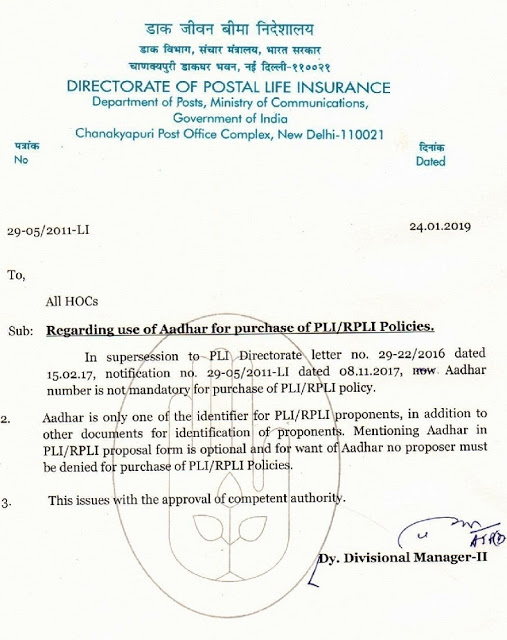 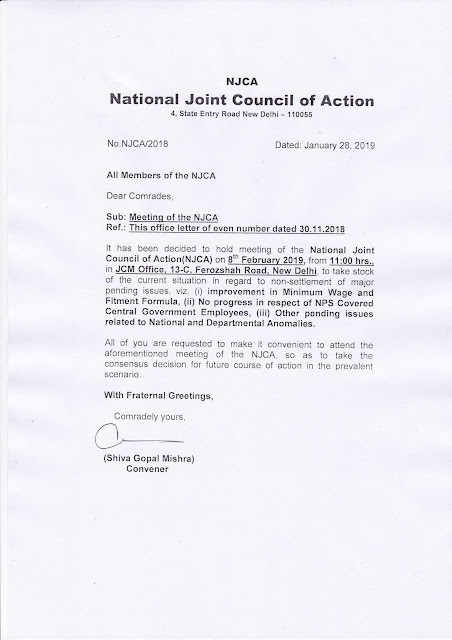 CLARIFICATION ON FACILITY OF CONCESSIONAL RETENTION OF GENERAL POOL RESIDENTIAL ACCOMMODATION AT THE LAST PLACE OF POSTING TO CENTRAL GOVERNMENT EMPLOYEES TRANSFERRED TO NER, SIKKIM, ANDAMAN & NICOBAR ISLANDS, LAKSHADWEEP AND THE STATE OF J&K.

No.12035/4/2015-Pol. II
Government of India
Ministry of Housing and Urban Affairs
Directorate of Estates
Nirman Bhawan
New Delhi-110108
Dated: 9th January, 2019
Office Memorandum
Subject: Clarification on facility of concessional retention of General Pool Residential Accommodation at the last place of posting to Central Government employees transferred to NER, Sikkim, Andaman & Nicobar Islands, Lakshadweep and the State of J&K.
The undersigned is directed to refer to DoE’s O.M of even Number dated 24.5.2016 on the above mentioned subject and subsequent O.M of even Number dated 10.4.2018 regarding retention of GPRA by Central Government Civilian employees (including CAPF employees) and to say that para 3 of the said O.M dated 10.4.2018 which was based on the clarification issued vide O.M dated 24.5.2016, reads as under: –
“It is clarified that the facility of concessional retention of GPRA at the last place of posting for Central Government Civilian Employees (including CAPF employees), and Officers of All India Services is permitted only when the allottee of GPRA is transferred to Non-Family stations from other places and is not permitted to the Central government employees who are repatriated back to his/her parent office in Non-family stations on completion of their deputation from other places.”
2. Various representations have since been received from officers who have joined NSG and SPG on deputation requesting for permitting them retention of GPRA for their families at their last place of posting i.e Delhi at par with other CAPF personnel keeping in view the nature of duty performed by them. The requests have been considered and it has been decided that CAPF personnel on deputation to NSG and SPG shall be extended the facility of retention of GPRA at the last place of posting for a maximum period of 3 years, as per the provision of Rule 43 of CGGPRA Rules, 2017, on their transfer to Non Family stations. Para 3 of O.M of even Number dated 10.4.2018 stands amended to this extent accordingly.
3. This issues with the approval of the competent authority.
Sd/- (K.K.Acharya)
Deputy Director of Estates(Policy)

GUIDELINES REGARDING MERGER OF 33 POSTAL DISPENSARIES WITH CHGS

NOTICE FOR THE NATIONAL SECRETARIAT MEETING

All National Secretariat members are requested to attend the meeting

The following shall be the agenda of the meeting.

It is hereby notified in accordance with Article 12 of the Constitution of NFPE that the meeting of the Federal Executive of National Federation of Postal Employees shall be held at NFPE Office , 1st Floor North Avenue  Post Office Building , New Delhi-110 1 on 21st February-2019 from 11A.M.

The following will be the agenda for discussion:

1.    Organizational Review.
2.    Review of 2 days Nationwide Strike on 8&9 January, 2019..
3.    Review of agitational programmes of various affiliates of NFPE and future course of action.
4.    Postal Sectional problems arisen out of Technology induction and  various New Schemes.
5.    Review of Confederation programmes.
6.    Any other items with the permission of Chair. 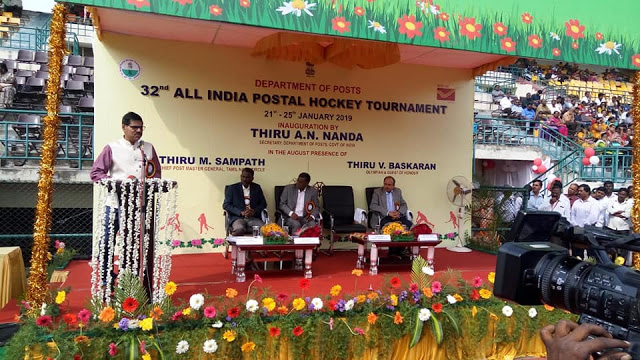 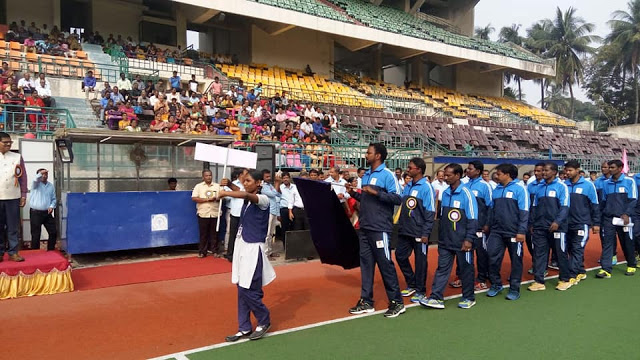 The Postman is the most familiar face and an important member of the society. When people speak about the Department of Posts what they visualize is the ‘Postman’.
Postmen remained familiar to us for more than a century and remembered for all the good reasons of joy that they bring along; be it the villages, metro cities or even the remotest parts of our county – they make their presence felt, everywhere, every passing day and touch upon the hearts of millions. Postmen carry great responsibilities in delivering letters, parcels, money orders, gifts and now even the banking services door-to-door.
They leave no stone unturned to ensure delivering mail and bring love, joy and affection, in fact, the messenger of all that are part and parcel of the society.
This event of installing the Postman Statue may be the first in India and also in the world. This is a great event in the history of Belagavi city and its beautification. It may also be the great event in the Postal Department’s history to honour the postman staff by installing a Postman statue in recognition of their untiring services rendered.
The Supdt. of Post Offices, Belagavi Division and its staff have decided to recognize the services rendered by the Postman staff all these years and have decided to install a Postman Statue in front of the Head Post Office.
The Department in consultation with the Cantonment Board have decided to name the circle as “POSTMAN CIRCLE” (junction near Head Post office, Amba Bhavan) and the erstwhile Telegraph Road will be renamed as “HEAD POST OFFICE ROAD”.
All the officials and officers of the Department of Posts of Belagavi division have contributed towards the cost of the Postman Statue. Member of Parliament, Belagavi Suresh Angadi, has allotted Rs.5,00,000/- towards the installation of the platform and its beautification to the Cantonment Board. Both the Cantonment Board and the HESCOM authorities have helped the Department of Posts in the beautification of the circle.
The Postman Statue is made of bronze and weighing 350 Kg and has a height of 8 feet and made by noted artist Vinayak Manohar Patil. It took the artist 6 months to make the statue.
The event of installing the Postman Statue is also a step in beautifying Belagavi City. In the later stage, a small garden and lighting will be done around the statue and the circle.
All the members of the public were also invited to grace the function at Belagavi Head Post Office on 13th Jan. 2019 at 1100 hours.

ENHANCEMENT IN AGE LIMIT OF CONTRACTUAL DOCTORS FROM 67 YEARS TO 70 YEARS FOR CONTRACTUAL ENGAGEMENT IN CGHS DELHI.

F.No.4-07/2018/CGHS/GE
GOVT OF INDIA
OFFICE OF THE ADDITIONAL DIRECTOR
C.G.H.S. (HQ), Estt (G) Section
Sector-12, Rama Kraishna Puram,
New Delhi – 110022
Sub: Enhancement in age of contractual doctors from 67 years to 70 years for   contractual engagement in CGHS Delhi reg.
In continuation to this office letter of even no. dated 12.12.2018 it is informed that the age limit for contractual engagements of doctors in CGHS is enhanced from 67 years to 70 years. Those medical officer who have completed 67 years of age but are less than 69 of years as on 31.01.2019 may apply a fresh to this office by 31.01.2019 either by post or by hand.
sd/-
Additional Director
Central Government Health Scheme
Delhi 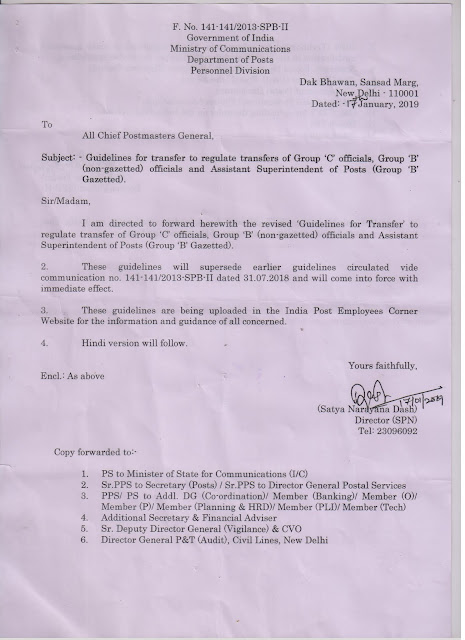 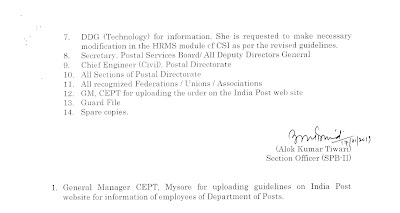 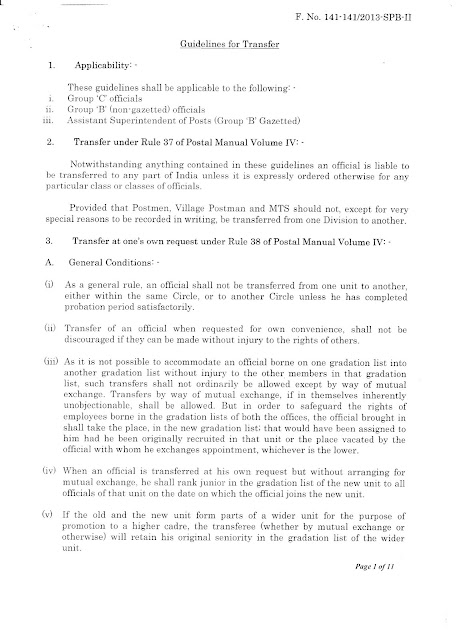 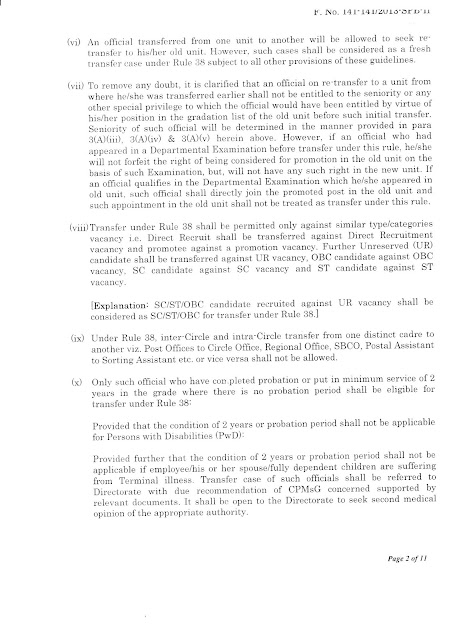 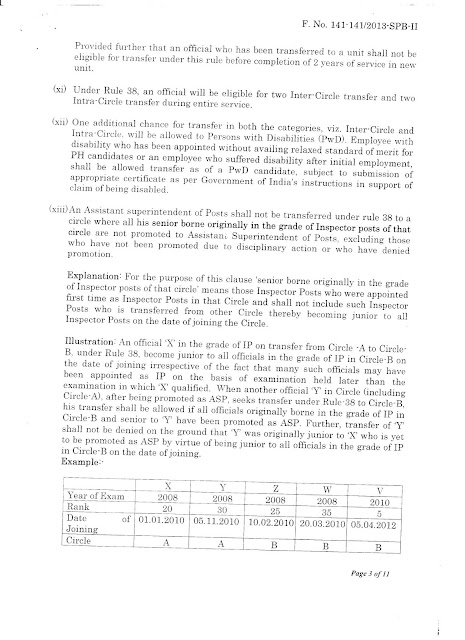 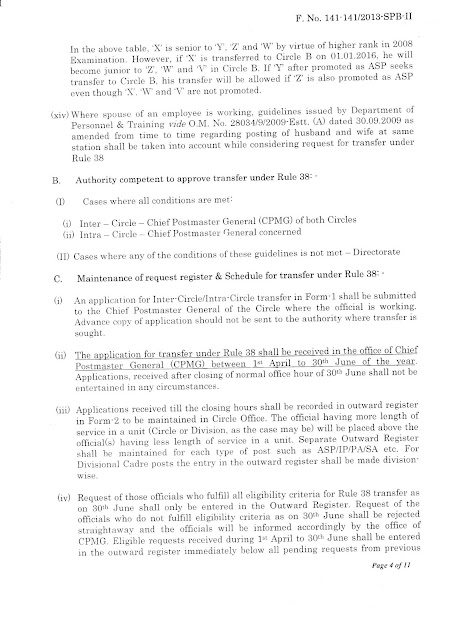 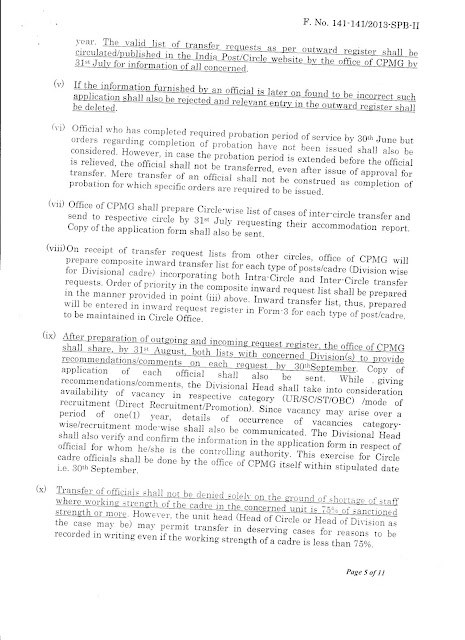 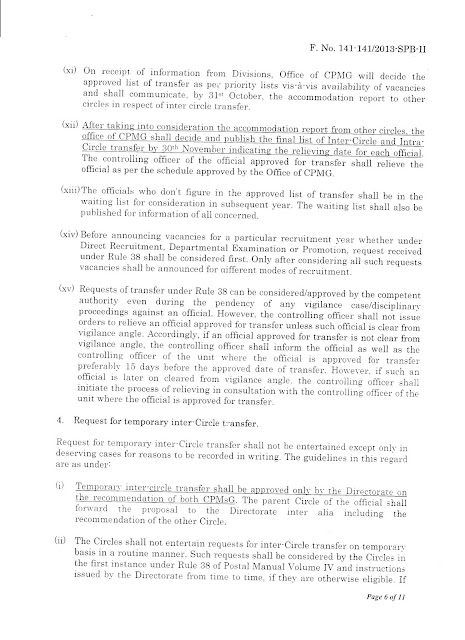 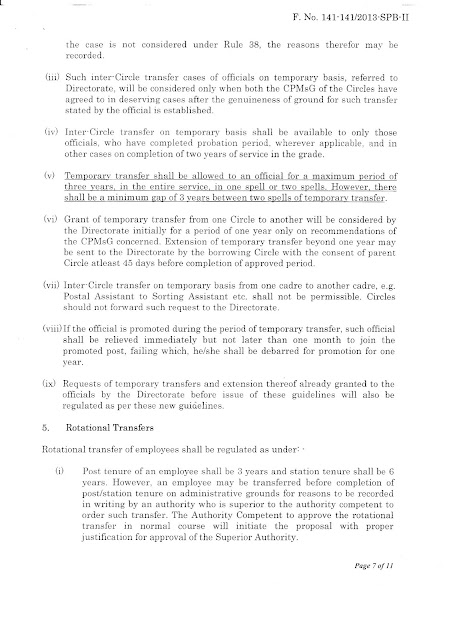 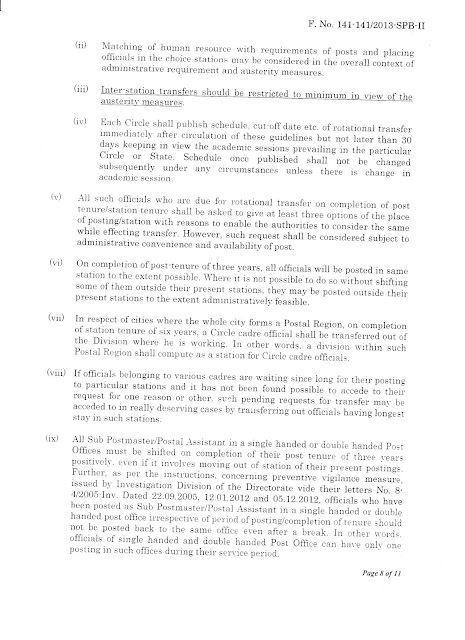 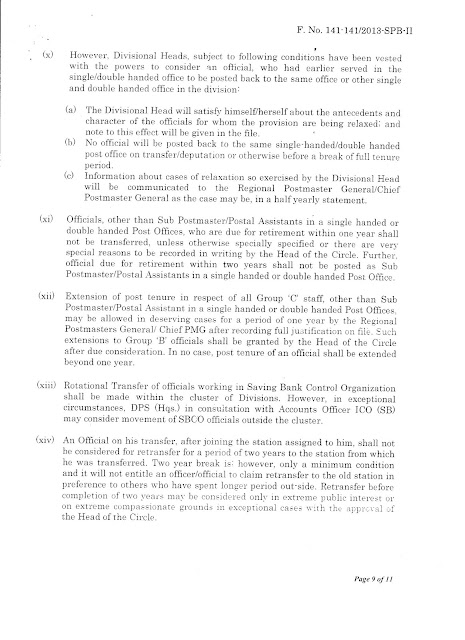 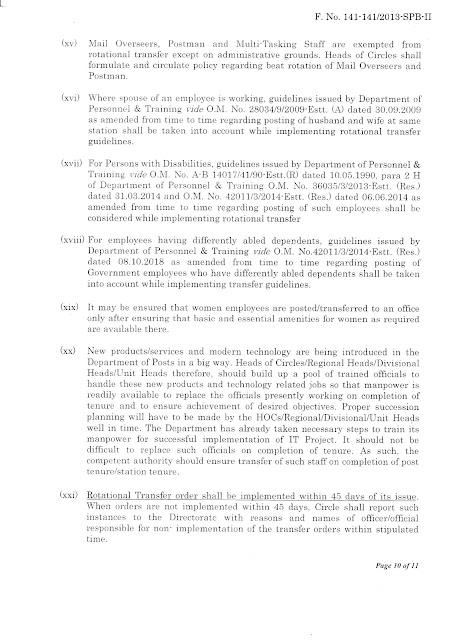 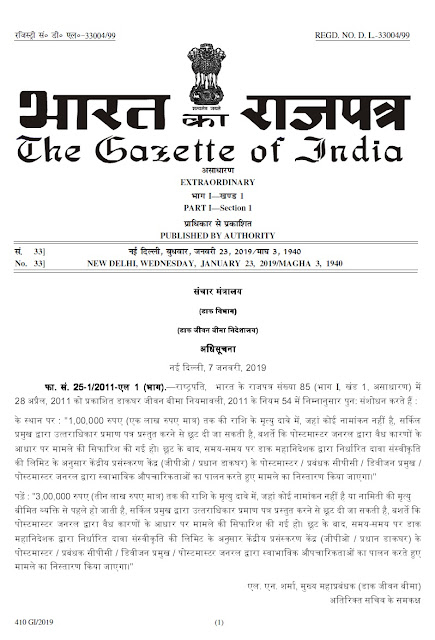 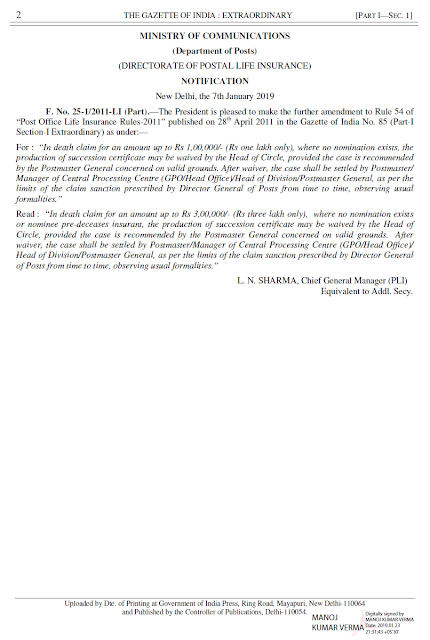 WAITING TIME IN CGHS DISPENSARIES AND TREATMENT OF SKIN DISORDERS UNDER CGHS
Medicines are normally available at CGHS Wellness Centres and in case any medicine is not readily available, the same are procured through Authorized Local Chemist (ALC) and are supplied to the CGHS beneficiary.
In case any medicine is required urgently, there is a provision for issue of Authority Slip to CGHS beneficiaries to collect medicines directly from ALC without payment.
Medicines for chronic illness are issued upto 3 months for the convenience of CGHS beneficiaries.
Further, following steps have been taken by the Government to augment the availability of medicines at CGHS Wellness Centres:-
Indents have been placed through HLL Life Care Ltd. to procure rate contract generic medicines as an interim measure.
Additional Director of concerned CGHS City has been authorized to procure day to day required generic medicines from nearby Affordable Medicines and Reliable Implants for Treatment (AMRIT) stores till 31st March, 2019.
Treatment of Skin disorders under CGHS
CGHS empanels private General Hospitals, Eye Care Centres, exclusive Cancer Hospitals and Dental Clinics. The private General hospitals are empanelled for all facilities available in the hospital and CGHS does not empanel Specialty wise like Dermatology.
CGHS beneficiary can consult Dermatologist in empanelled hospitals having Dermatology Specialty after referral from CGHS Wellness Centre.
There is no such list of non-listed treatment procedure/investigations; which are not available in CGHS empanelled hospitals/diagnostic centres, under CGHS.
The listed treatment procedure/investigations along with its rates are available on CGHS website and any treatment procedure/investigation not included in such lists are considered unlisted for treatment/investigations in CGHS empanelled hospitals/diagnostic centres. Approval of Competent Authority i.e. from the Ministry/Department in case of serving employees and through Additional Director, CGHS in case of pensioner CGHS beneficiaries is required.
Following are the admissible items included under ‘CGHS package rate’ for empanelled hospitals:-
i)          Registration Charges, ii) Admission Charges, iii) Accommodation charges including patient diet, iv) Operation Charges, v) Injection charges, vi) Dressing charges, vii) Doctor/consultant visit charges, viii) ICU/ICCU charges, ix) Monitoring charges, x) Transfusion charges, xi) Anaesthesia charges, xii) Operation theatre charges, xiii) Procedural charges/surgeon’s fee, xiv) cost of surgical disposables and all sundries used during hospitalization, xv) cost of medicines, xvi) Related routine and essential investigations, xvii) Physiotherapy charges etc., xviii) Nursing care and charges for its services.
In addition to the above mentioned items, some patients may require additional facilities/ provisions, which are admissible with proper justification in deserving cases. Therefore, it is not possible to give a comprehensive list of items, which are not admissible. However, the following items are not admissible for reimbursement:-
CGHS DISPENSARIES
The number of Central Government Health Scheme (CGHS) Dispensaries/Wellness Centres functioning and proposed to be set up in the country are at Annexure-I and Annexure-II respectively.
The norms for establishment of new Wellness Centre under CGHS are as under:-
(i)         In an existing CGHS City:- For opening of a new CGHS Wellness Centre in an existing CGHS City, there has to be a minimum of 2000 Card holders (serving employees of Central Government and Central Civil Pensioners).
(ii)        Extension of CGHS to a new City: – For extension of CGHS to a new City, there has to be a minimum of 6000 Card holders.
This information was given by Shri Ashwini Kumar Choubey Minister of State for Health and Family Welfare in written reply to a question in Lok Sabha on 4.1.2019.

MACP from 01.01.2006 instead of 01.09.2008: Clarification by Finance Ministry in consultation with DoPT on applicability of the judgment & MoD Order

MACP from 01.01.2006 instead of 01.09.2008: Clarification by Finance Ministry in consultation with DoPT on applicability of the judgment & MoD Order 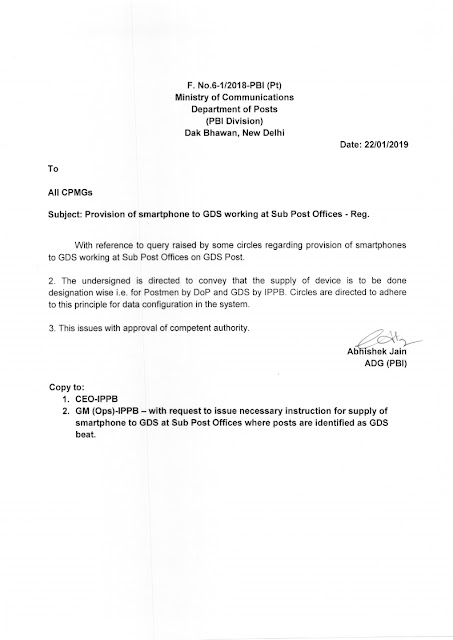