The tradition of the Postal Trade Union movement, from the very day of its inception, is the total unity of the entire Postal employees and Central Govt. Employees – Whether they are called Departmental Employees or Extra – Departmental Employees. Late Comrades: Tarapada Mukherjee, Dada Ghosh, K. G. Bose, N. J. Iyer, Adinarayana, K. L. Moza and all those great leaders stood for the unity of the entire Postal workers. Unfortunately, of late, deliberate attempt is being made repeatedly, from certain quarters, to split and weaken the rock – like unity of Postal employees.

In 2008, all the unions of NFPE took an unanimous decision to go on indefinite strike from 6th January 2009, raising the main demands of the Gramin Dak Sevaks (GDS) i.e.; reject the retrograde recommendations of the Nataraja Murthy Committee report. But suddenly a strike notice was served by the then GDS union General Secretary for indefinite strike from 17.12.2008 i.e, 18 days before the proposed indefinite strike of NFPE. Other unions were not consulted. After serving the strike notice only it was known to others. What was the need for going on strike in a so hurriedly manner, when NFPE was ready for a joint strike from 06.01.2009. Will be sky come down if the strike is delayed for 18 days to ensure cent percent unity of Postal Employees. The intention was very clear to divide the unity of the Postal workers. The leadership of the so – called GDS union played in the hands of the Govt. and the Postal bureaucracy who are hell-bound to demolish the rock-like unity of Postal workers. With the help of the so-called GDS union General Secretary, the Government succeeded to some extent in creating a division among Departmental employees and GDS.

Now again, the same thing is being repeated. The entire Central Government Employees, including the National Federation of Postal Employees has decided to go on a nation-wide one day strike on 12th December 2012. One of the major demands of the strike charter is the issues related to the GDS employees – i.e.; 7th Pay Commission to examine the wages and service conditions of GDS, 50% DA merger for GDS and not 5% TRCA increase, Departmentalization of GDS and extending all the benefits of departmental employees, Bonus discrimination, protection of allowance, Health Scheme, time bound promotion etc. Intensive campaign all over the country is taking place for making the strike a grand success. The strike was declared on 2012 July 26th in the historic Parliament March in which about 20000 Central Government Employees participated in which a large majority of them being Postal & RMS employees including Gramin Dak Sevaks.

Again, all of a sudden, the General Secretary of the truncated GDS Union, gave another strike notice for indefinite strike from 16th October 2012. When the entire employees are preparing for a joint strike, what is the need of giving a sudden notice for another strike. Again, the intention is very clear. They are playing in the hands of the Government. The Central Government wants to scuttle the December joint strike by creating division among the Departmental Employees and GDS. The leader is behaving as an agent of the Government and poor GDS are the victims. GDS are not going to be benefited by such sectarian strike.

Shall we allow such leaders to break the unity of Postal workers, by stabbing from the back? Shall we allow the Government to break our unity by joining hands with such leaders? No, we shall not. We shall expose those disruptors and at any cost, shall uphold the unity of the Postal workers and march forward under the banner of NFPE for protecting the interest of the Postal employees including Gramin Dak Sevaks. Let us fight against the policy of the Government and make the 12th December strike a thundering success.
Posted by NFPE at 1:49 PM No comments: 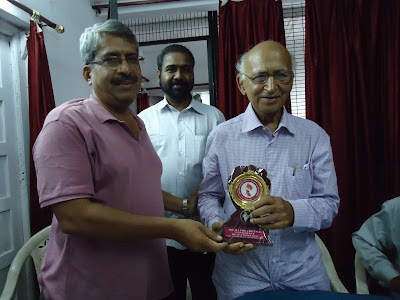 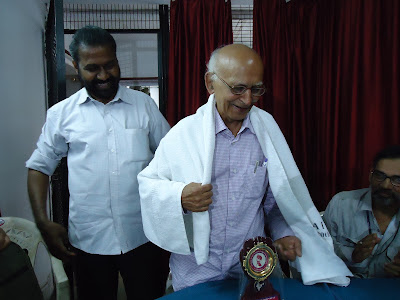 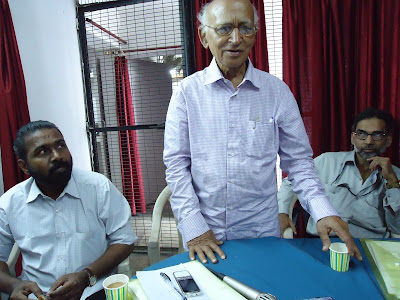 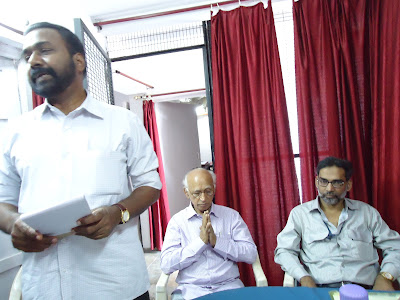 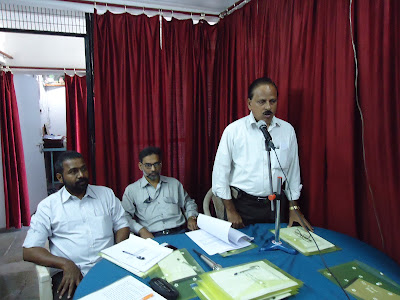 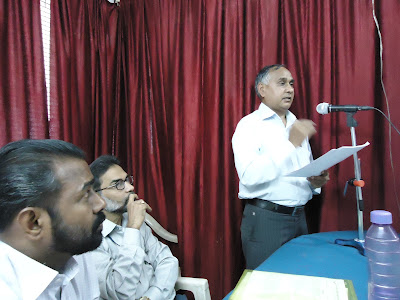 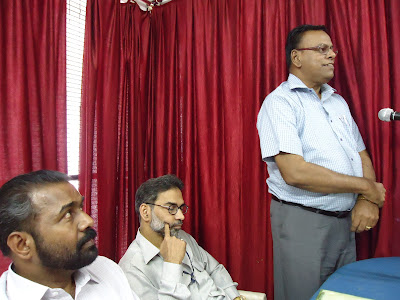 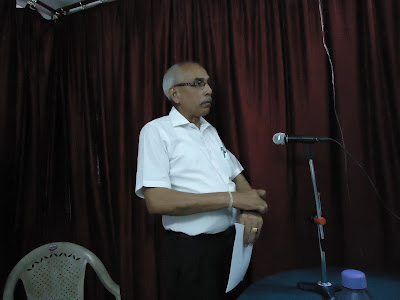 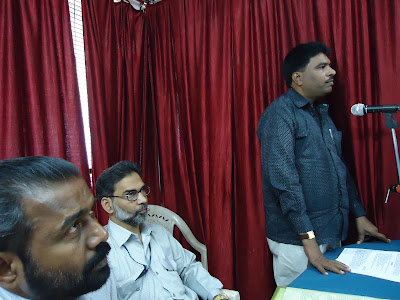 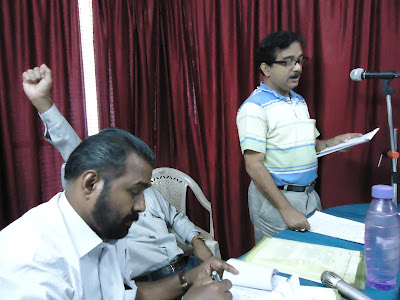 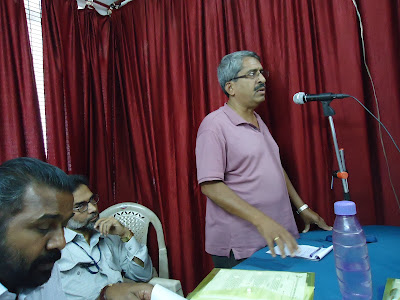 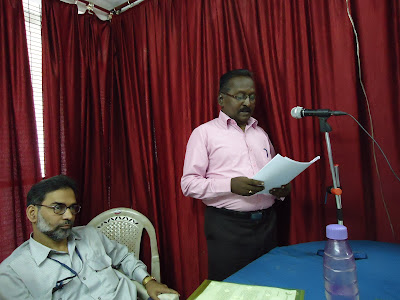 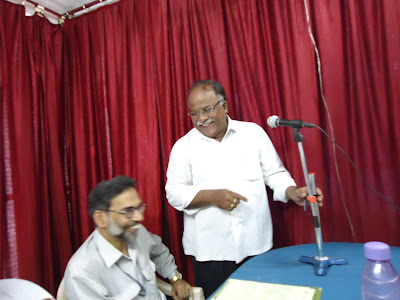 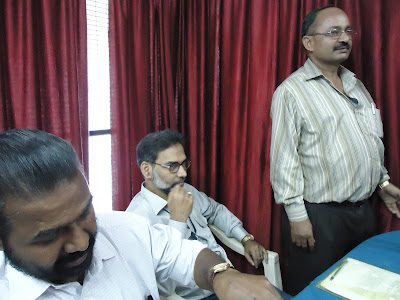 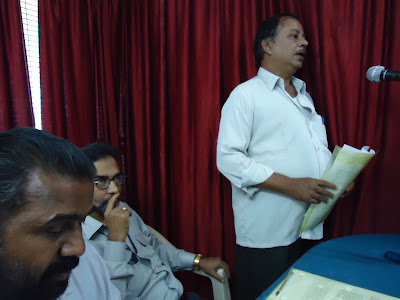 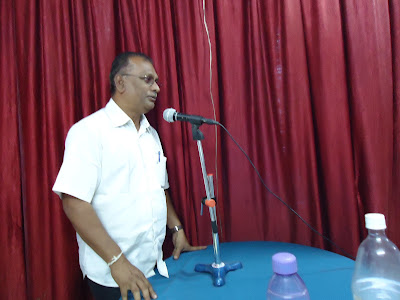 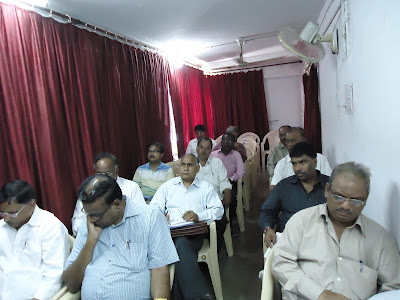 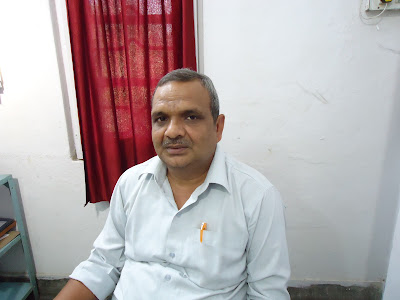 FAMILY PENSION-LIST OF DOCUMENTS TO BE SUBMITTED BY A CLAIMANT MEMBER OF FAMILY (OTHER THAN SPOUSE) ALONG WITH FORM 14, PPO AND DEATH CERTIFICATE IN RESPECT OF THE DECEASED PENSIONER/FAMILY PENSIONER-REGARDING.{CLICK HERE FOR DETAILS}

Conducting of Limited Departmental Competitive Examination for promotion to the cadre of Inspector of Posts ( 66.66 % ) Departmental Quotal for the year 2012 A General Body meeting with the members of AIPEU-GDS(NFPE), M.P Circle was conducted by Com.Vijay kumar Sharma, Circle Convener, AIPEU-GDS(NFPE) and held under the Presidentship of Com.Barelal Asati in Damoh Town, Damoh.

A large gathering of more than 300 delegates representing from more than 10 Divisions with 20 women comrades attended and paid their keen attention to the deliberations of the by leadership.

Com.R.N.Parashar in his inaugural speech elaborately narrated the necessity of  formation of new GDS union, its role for the last six months and support of NFPE and its affiliated unions and the future program of action by NFPE for GDS in the country.He elaborately described the history of GDS & role of NFPTE & NFPE in emancipation of GDS. He also described the general issues related to Postal Department and emphasized  need of struggles for settlement of staff problems. He appealed entirety of Postal /RMS and GDS employees to participate in One Day Strike on 12.12.12 and make it historic success.

Com.K.V.Sridharan explained about the GDS system and its vital role in the Department in plight of on-going developments in the Department and need of unity with NFPE and its unions for reaching the best achievements for GDS in a very detailed manner. The General Secretary made an appeal to all the Gr.C employees and  P-IV leadership and well-wishers of NFPE to extend all their support and cooperation for successful gaining of all effective GDS membership under the banner of AIPEU-GDS(NFPE) in M.P circle.

Com.I.S.Dabas conveyed solidarity from P-IV CHQ and the role of P-IV union for the emancipation of GDS under the leadership of Com.Adi and his successors from NFPE and requested the leadership of P-IV in M.P circle for their fullest cooperation for the upliftment of AIPEU-GDS(NFPE) in the Circle.

Com.P.Pandurangarao explained the need of formation of AIPEU-GDS(NFPE) and the organization achievements of the GDS union in the recent past, its progress in other Circles and getting ahead of GDs problems with the Dept. & Govt. with the total support of NFPE. The consequences from Departmental policies, its dangerous effect on GDS system and  forgoing achievements gained by NFPE during last decade in a detailed manner.

All the Circle leadership expressed their total support and cooperation to stage all GDS in the Circle under the banner of NFPE and assured to form Divisional unions for AIPEU-GDS(NFPE) soon.

A Unanimous Circle Organizing body is constituted to take the responsibility to form AIPEU-GDS(NFPE) union in all the Divisions of M.P Circle.

(NFPE HQ CONVEYS ITS CONGRATULATIONS AND HEARTIEST GREETINGS TO ALL THE COMRADES AND OFFICE BEARERS OF THE CIRCLE UNION, MADHYA PRADESH CIRCLE.
Posted by NFPE at 12:13 PM No comments:

Railway Board Orders : AIRF published an one more important clarification order on MACP Scheme for Railway employees, which was issued by Railway Board on 12th October, 2012. We are placing the order here for your information...

References have been received from Zonal Railways seeking clarification regarding grant of benefits under MACPS in respect of the employees qualifying through LDCE/GDCE. The matter has been examined in consultation with Department of Personnel & Training (DoP&T), the nodal department of Government on MACPS and it has been decided as under:

(i) If the relevant RRs provide for filling up of vacancies in a grade by Direct Recruitment, induction of an employee to that grade through LDCE/GDCE may be treated as Direct Recruitment for the purpose of grant of financial upgradation under MACPS. In such cases past service rendered in a lower pay scale/Grade Pay shall NOT be counted for the purpose of MACP Scheme.

(ii) if the relevant RRs prescribe a promotion Quota to be filled on the basis of LDCE/GDCE, such appointment would be treated as promotion for the purpose of benefit under the MACPS and in such cases, past regular service shall also be counted for further benefits, if any, under the MACP Scheme.

This issues with the concurrence of the Finance Directorate of the Ministry of Railways.

The Circle Unions of NFPE & FNPO of Tamil Nadu Circle have been continuously representing to the Chief PMG Tamil Nadu regarding limitless harassment of Trainees by the Director PTC Madurai. Despite our repeated representations no action was initiated against the arrogant attitude of PTC Madurai Administration.

Following are the samples for this undue un-desirable atmosphere.

1.         Large number of detention of trainees, extending their training period.
2.         Termination from Training Class even for small and negligible reasons.
3.         Not permitting the Trainees even to attend the death and marriage of even Blood related.
4.         Reckless issuing of dies-non.
5.         In the name of Dress code forcing the officials to wear leather shoes, Tie etc. causing enormous un-necessary expenditure even to the Trainees going for MACP Mid-career Training scheduled for 15 days.
6.     Irrespective of the age and gender, ability Trainees are forced to attend Shramdan, games Trekking etc.
7.         Trainees are for abnormal hours tight-fixed without adequate relaxation keeping the Trainees always under pressure.

Thus the torturous atmosphere prevailing in the PTC Madurai is placing the trainees under total mental Depression.

In the latest unfortunate incident one MACP Trainee Sri. N. Jayakumar, PA, Chennai City North Division has committed suicide on 19.09.2012 at the training centre, though the reasons may not be directly attributed as detailed above but it is definite that the present worst treatment meted out the trainees also contributing to these kinds of incidents.

`           Hence we request you to immediately intervene in this matter and take appropriate action against the Director PTC, Madurai. In our opinion peaceful atmosphere cannot be restored as long as the present Director continues at PTC Madurai.

This is regarding formulation of the National Postal Policy 2012. As you would recall , Shri Kapil Sibal, Hon’ble Minister of Communication and Information Technology , Government of India , discussed the National Postal Policy 2012 with all the stakeholders during the Round Table on 1st February 2012.The audio-video recording on India Post website(www.indiapost.gov.in)

2.         We are in the process of drafting the National Postal Policy 2012 for the postal sector as a whole. Hon’ble Minister has now directed that the issues of unbundling of functions and introduction of an independent regulator for the Indian Postal market should be deliberated upon as this was not discussed on earlier occasions. A meeting for this purpose is therefore arranged on 1st October, 2012 at 1500 hrs. in G.P. Roy Committee Room,2nd Floor, Dak Bhawan , Sansad Marg, New Delhi.

With regards.
Yours Sincerely,

AAO EXAMINATION CLARIFICATION
COUNDUCTING OF SPECIAL LIMITED DEPARTMENTAL COMPETITIVE EXAMINATION FOR PROMOTION TO THE CADRE OF ASSISTANT ACCOUNTS OFFICERS (90% DEPARTMENTAL QUOTA) FOR THE YEAR -2012-REG.
{CLICK HERE FOR THE LETTER}
Posted by NFPE at 12:45 PM No comments:

{http://www.indiapost.gov.in/Pdf/Special_Instruction_Sheet.pdf}
Posted by NFPE at 11:27 AM No comments:

1. All NFPE Office Bearers / All General Secretaries /All Circle Secretaries of NFPE Unions are requested to suggest any change if they require as per their convenience by 22.09.2012.
2. After getting feedback from leaders the programme will be finalized.
Posted by NFPE at 1:30 PM 1 comment: