Before commencing the session, a resolution moved by Com. R.N.Parashar, ASG, NFPE on the homage to departed leaders and the house observed silence for few minutes respectfully.

Com.T.Satyanarayana, General Secretary, AIPAEA welcomed all the leaders to the dais with an introductory speech. 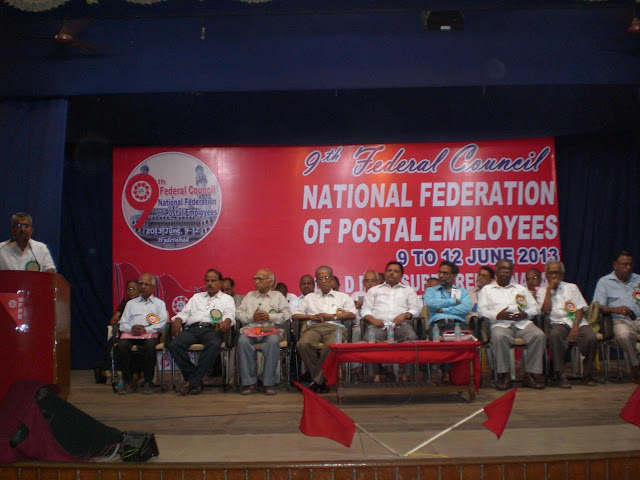 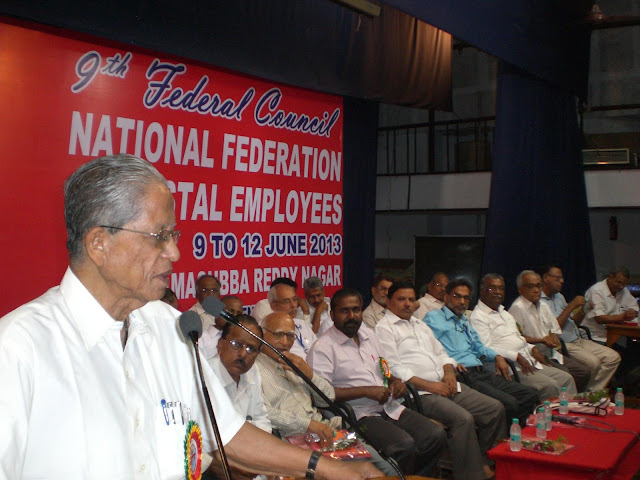 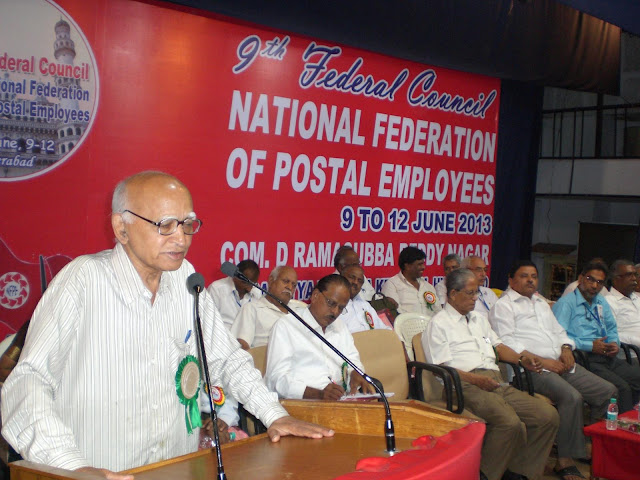 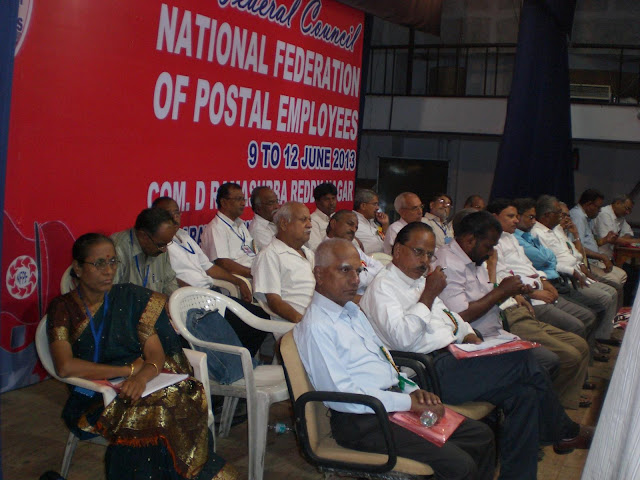 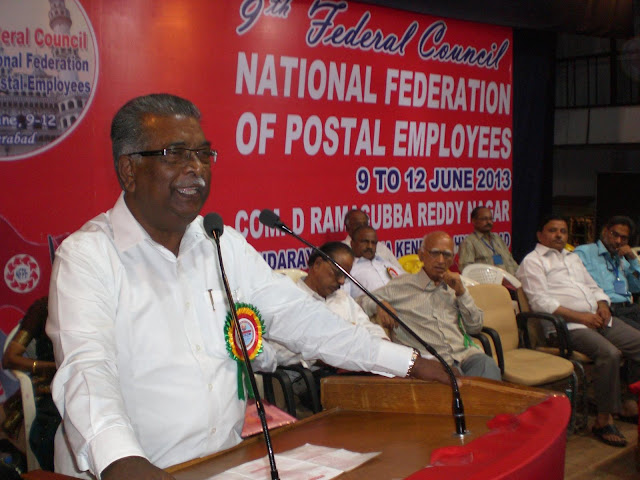 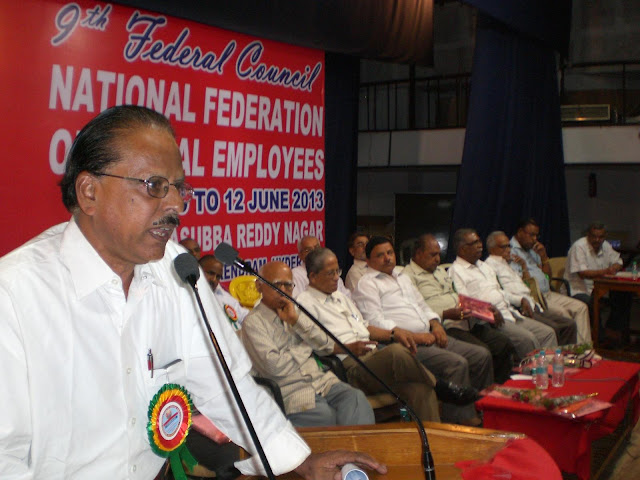 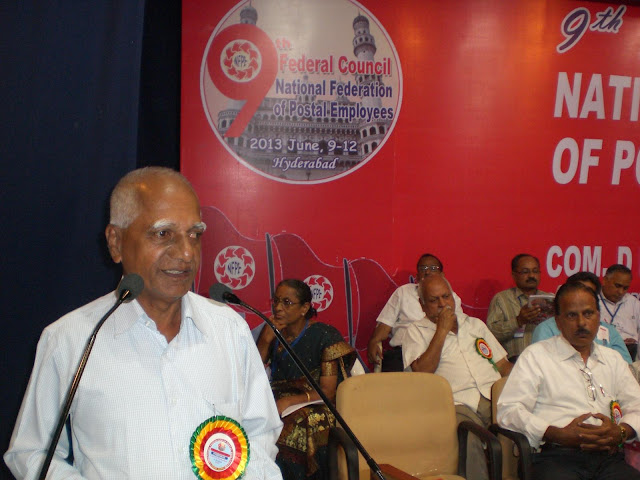 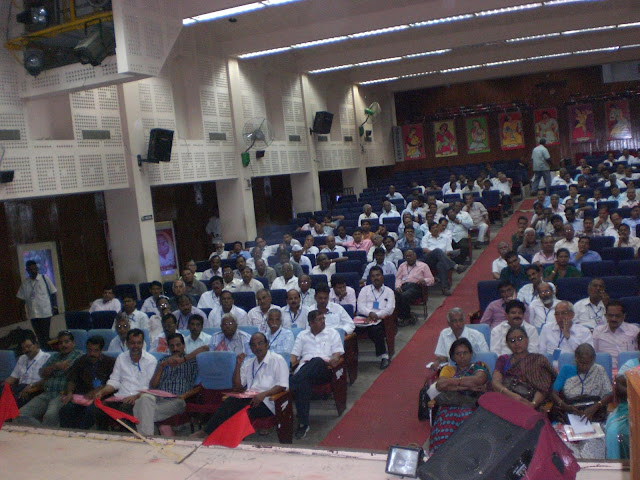 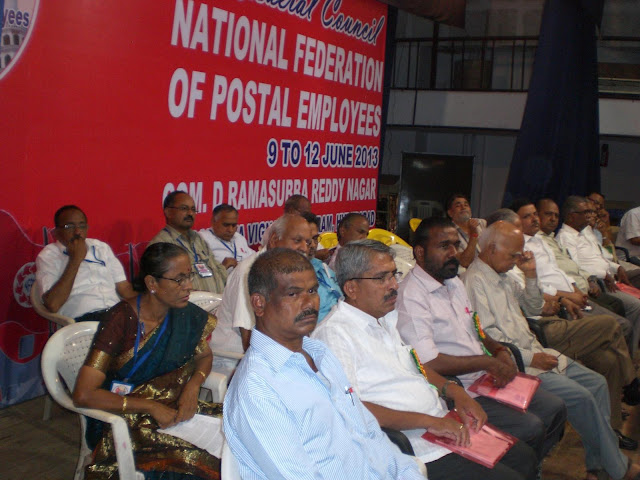 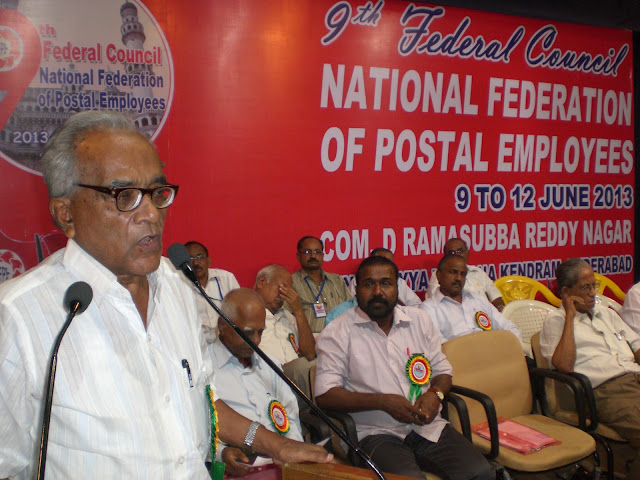 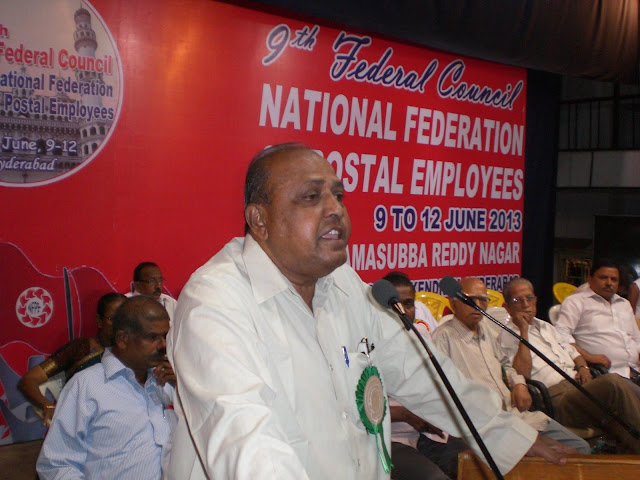 Post Lunch Session : Delegate session of the Federal Council
The session presided by Com.S.P.Mukherjee, Vice President, NFPE
Recreation : Cultural Program arranged by the Reception Committee at 06-30pm. A team of artists from Nalgonda Division performed in the program with songs on Comrades, Red flag and a playlet on "Veera Telangana" 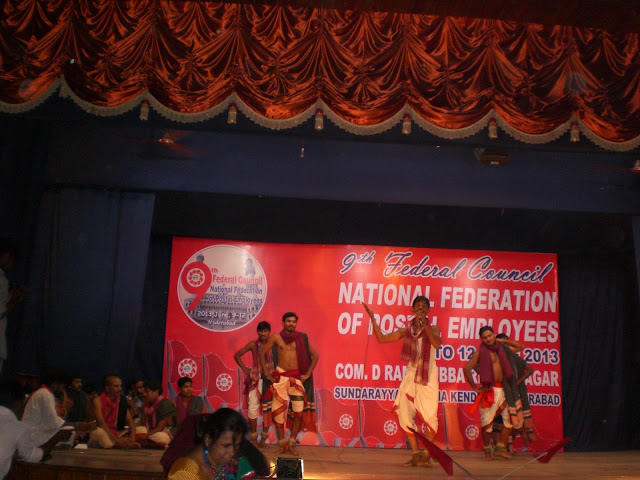 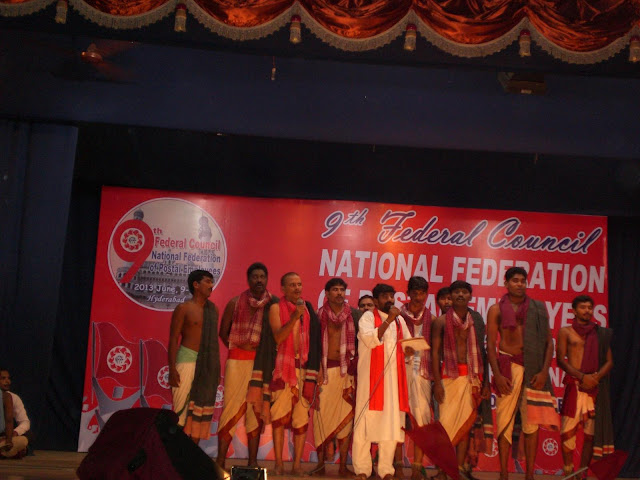 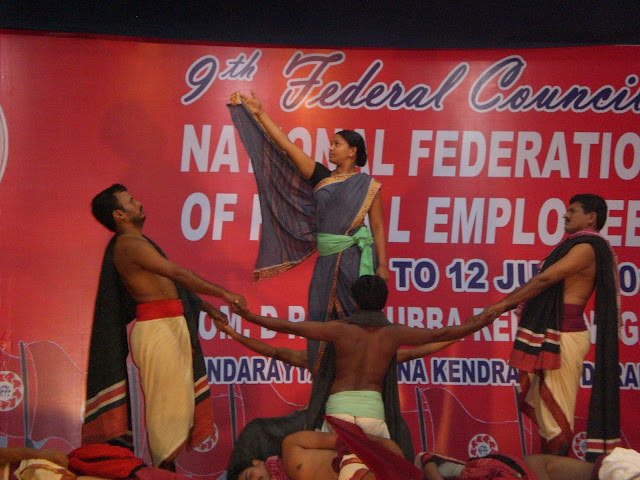 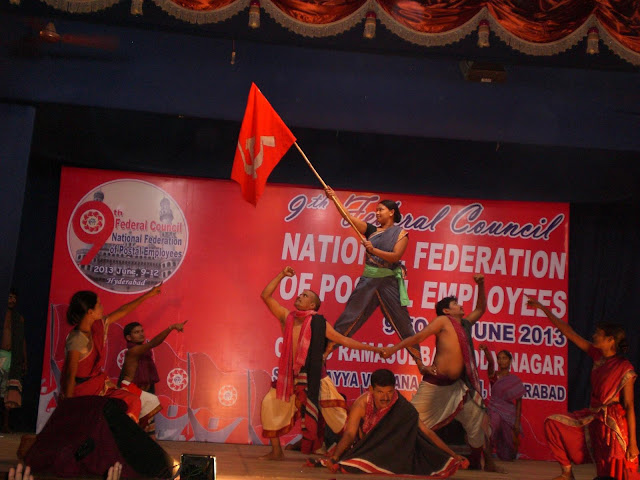 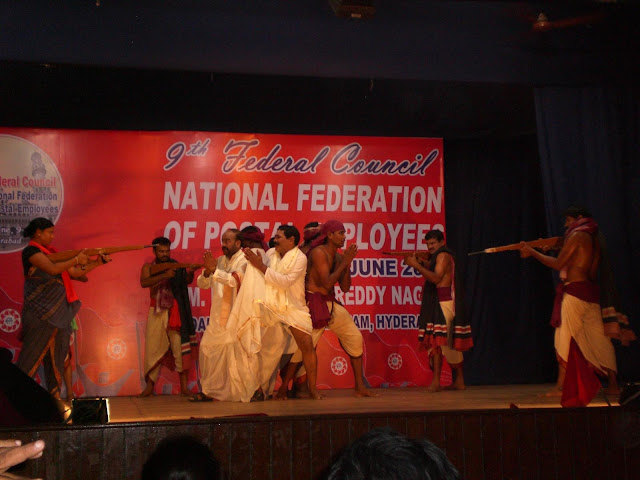 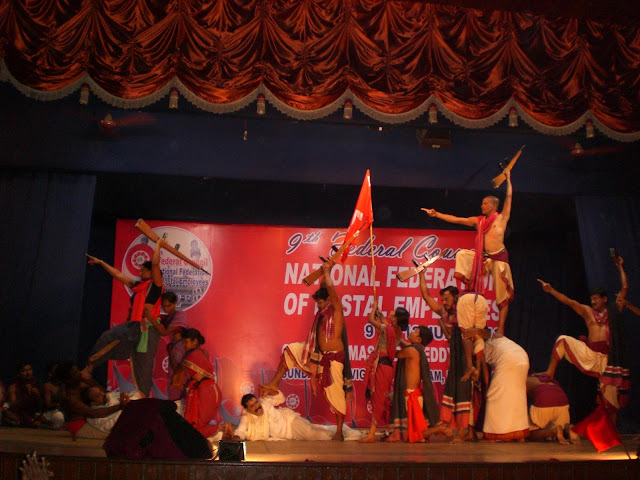 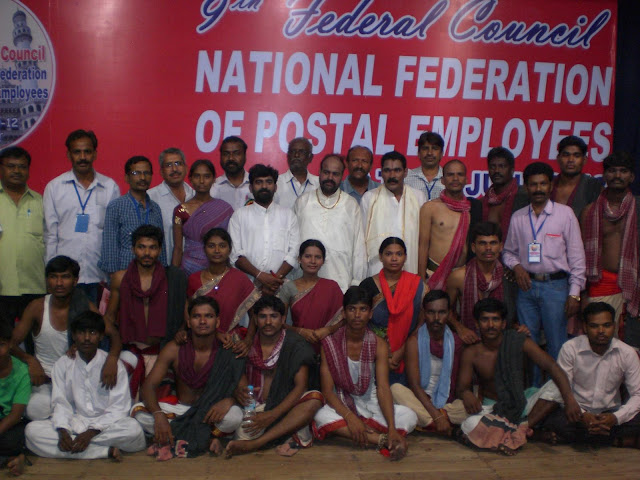 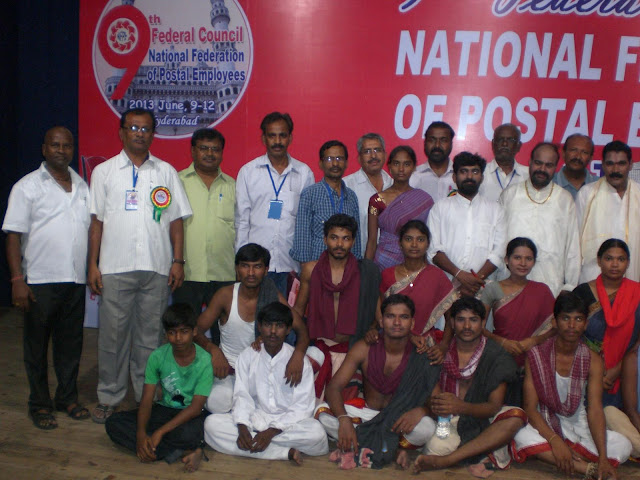 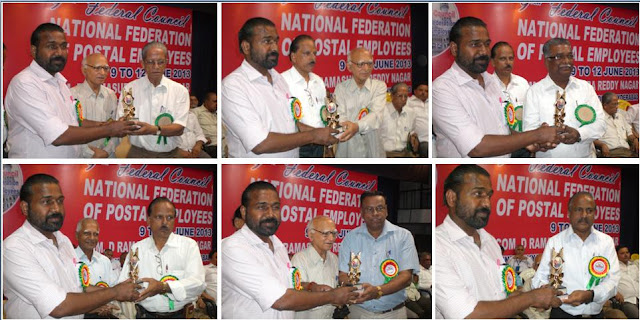 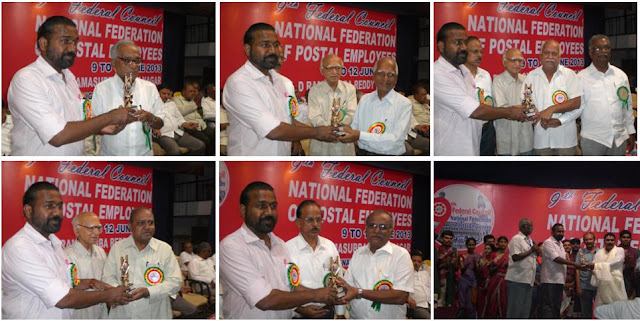