Notice of Federal Executive Meeting of NFPE on 13th February 2021 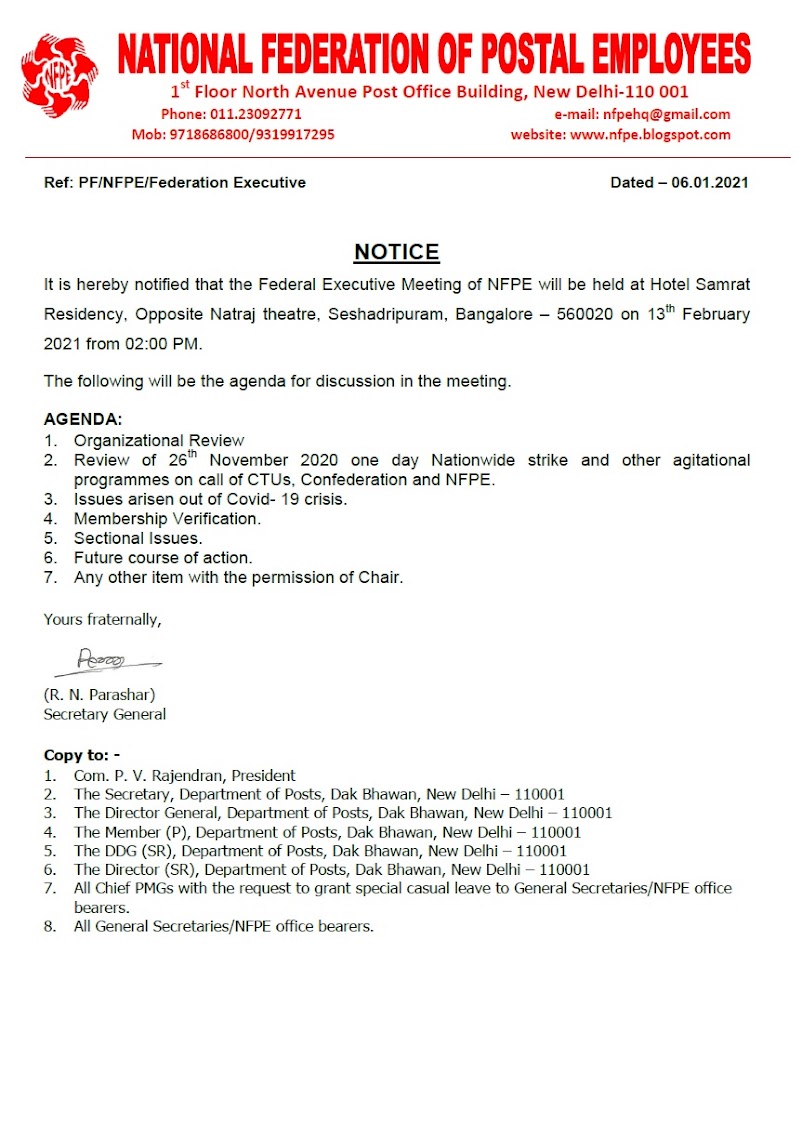 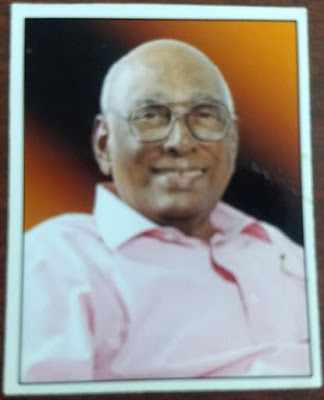 A tribute to Com D.Gnaniah, on his 100th Birth anniversary

He led the historic 19th September 1968 one day token strike as Secretary General NFPTE, and was arrested and jailed in Tihar Jail.

He signed the historic bonus agreement on 14.3.1980 as Leader Staff Side, JCM on behalf of NFPTE.

He was dismissed from service once, suspended twice and retired compulsorily once for trade union activities. He was a a very effective orator in many languages including Tamil, English and Hindi.

After retirement he wrote several books. In fact, he continued to write till his death at the age of 96. He could not think of taking rest without any work. Some of his books like Islam and India, and Dalits of India and Obamas of America were very widely read and appreciated.

On his 100th birth anniversary on 7.01.2021 we on behalf of NFPE HQ pay rich tributes to Comrade Gnaniah.

Let us cherish his memory on the occasion of his 100th birth anniversary.
Posted by NFPE at 11:13 AM