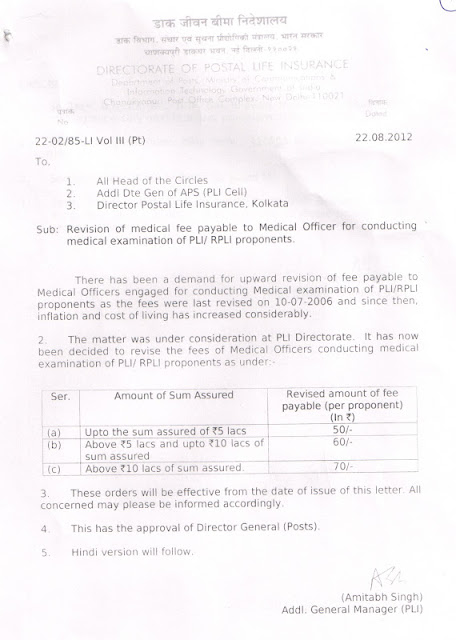 WELFARE SCHEMES FOR WOMEN
MINISTRY OF WOMEN AND CHILD DEVELOPMENT 16-AUGUST, 2012
Many welfare schemes for women are implemented by Government of India, State Governments and Union Territory Administrations. The details of major schemes under implementation by Ministry of Women and Child Development for the welfare of women are as under:
i. RAJIV GANDHI NATIONAL CRECHE SCHEME FOR THE CHILDREN OF WORKING MOTHERS (RGNCS) provides day care facilities to the children in the age group 0-6 years from families with monthly income of less than 12000/-. In addition to being a safe space for the children, the crèches provide services such as supplementary nutrition, pre-school education and emergency health care, etc.
ii. CENTRAL SOCIAL WELFARE BOARD: The main women welfare related schemes and programmes being implemented by CSWB are family counselling centres, awareness generation programme and condensed courses of education for women.
iii. NATIONAL MISSION FOR EMPOWERMENT OF WOMEN (NMEW) is an initiative of the Government of India for empowering women holistically. It is a Centrally Sponsored Scheme sanctioned in April 2011 and acts as an umbrella Mission with a mandate to strengthen inter-sectoral convergence.
iv. WORKING WOMEN’S HOSTEL (WWH) Scheme envisages provision of safe and affordable hostel accommodation to working women, single working women, women working at places away from their home-towns and for women being trained for employment.
v. SUPPORT TO TRAINING AND EMPLOYMENT PROGRAMME (STEP) for Women was launched as a Central Sector Scheme during 1986-87. It aims at making a significant impact on women by upgrading skills for self and wage employment. The target group includes the marginalized assetless rural women and urban poor.
vi. RASHTRIYA MAHILA KOSH (RMK) with a corpus of Rs.100 crore extends micro-finance services to bring about the socio-economic upliftment of poor women.
vii. INDIRA GANDHI MATRITVA SAHYOG YOJANA (IGMSY) is a Conditional Cash Transfer scheme for pregnant and lactating (P&L) women introduced in the October 2010 to contribute to better enabling environment by providing cash incentives for improved health and nutrition to pregnant and nursing mothers.
viii. SWADHAR SCHEME: The Ministry of Women and Child Development had been administering Swadhar scheme since 2001 for Women in difficult circumstances. Under the Scheme, temporary accommodation, maintenance and rehabilitative services are provided to women and girls rendered homeless due to family discord, crime, violence, mental stress, social ostracism. Another scheme with similar objectives/target groups namely Short Stay Home (SSH) is being implemented by Central Social Welfare Board.
ix. UJJAWALA is a comprehensive scheme for prevention of trafficking and rescue, rehabilitation and reintegration of victims of trafficking for commercial sexual exploitation.
This was stated by Smt. Krishna Tirath, Minister for Women and Child Development in a written reply to the Rajya Sabha today.
Posted by NFPE at 12:53 PM No comments:

SIBAL FOR SEPARATING REGULATORY SERVICES FUNCTIONS OF DOP
Communications and IT Minister Kapil Sibal has called for restructuring of 150-year-old Department of Post by separating its regulatory and services functions to meet challenges of technological age.
“The postal department should also restructure itself to meet challenges of 21st century. The Department of Post (DoP) should look into prospect of bifurcating the Ministry from the regulator and the operator, just as was done in the telecom sector,” Sibal told PTI.
He said that the DoP should explore possibility of having different entities namely policy making, regulator and service provider.
“No decision has been taken yet. It is all a matter of debate and dialogue at the moment,” Sibal said.
DoP, which has around 5 lakh employees, is responsible for policy making, regulation and providing postal services, at present.
The over 100-year old Indian Post Office Act bars any individual or entity from delivering letters for commercial purpose. The business of private courier companies is built around delivering documents, parcels and others items which do not fall under the category of ‘letter’.
Sources in the Ministry said that Sibal held a meeting with DoP officials early this week on the issue of finanlisation of the National Postal Policy 2012 and asked them to prepare roadmap for restructuring as well.
They said that next meeting on the issue is expected to take place in 15 days.

They said that the Minister, in June, had asked DoP to set up a body to oversee the unbundling of its functions.

An independent body named Postal Development Board (PDB) will be responsible for the overall development and governance of the postal sector, they added. The PDB will also draw a road-map for unbundling of postal department functions.
The Minister had also instructed DoP to constitute a Postal Advisory Board (PAB), in line with Telecom Commission, which should have representation from Government, industry players, academics and other stakeholders, they said. The role of PAB will be to provide inputs to PDB on policy matters.
The government in 1997 created the Telecom Regulatory Authority of India (TRAI) to regulate the sector. Under New Telecom Policy 1999, Government further restructured DoT by separating service providing function from it.
Source :  http://www.thehindubusinessline.com
Posted by NFPE at 12:41 PM No comments:

More than 200 delegates participate in the study camp. Women Sub Committee under the leadership of Com.Yasmin Taj, Com. Kamalakshi, Com.Shivamrutha, Com.Pratima, and other 20 members were also participated. 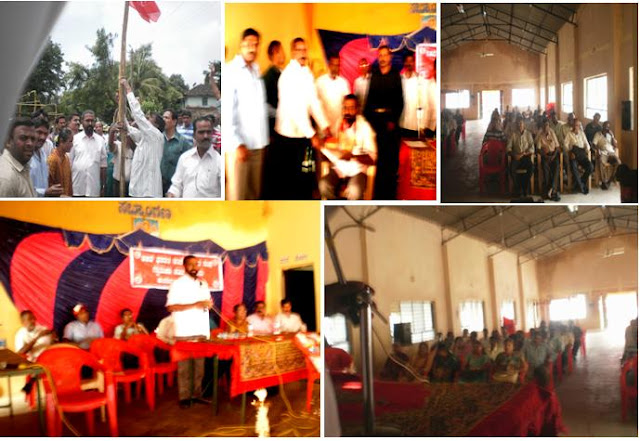 In view of Supreme Court’s decision against following reservation policy for Promotion in employment, Government is cautious now and postponed its plan to bring an amendment bill to provide Constitutional Validity to Reservation in Promotions for SC and ST Employees.
An All party meeting was conducted by Prime Minister Shri.Manmohan Singh in this connection. Prime Minister said in the meeting that the Government is in favour of allowing reservation for Promotion and that Government would review the bill again for examining the legal aspects before bringing theamendment bill again.
The leaders of other parties have also adviced that before this bill is tabled it has to be examined properly so that the enacted bill is legally valid in all aspects.
Earlier, in the month of April 2012, Apex Court had decided against the Uttar Pradesh Government’s order to follow reservation policy for SC and ST employees in Government posts.
Source: Zee News

Now, Children studying in Kendriya Vidyalaya have reasons to rejoice as Kendriya Vidyalaya Sangethan is deliberating to implement 5 days a week working Schedule for all KVs situated in India. Incidentally, Kendriya Vidyalayas Situated outside India such as Iran, Moscow, Katmandu are working only five days a week only.
It is reported that reason behind the proposal to follow 5 days a week work schedule is to allow Students to “pursue self-learning” and follow their passion and indulge in non-academic activities. Five-day week would give “space” to children who, for years, merely get an off on Sundays besides the second Saturday of the month. “Keeping them bound to the school routine six days a week is detrimental to their natural growth of talent in various fields,”
Source: Times of India
Posted by NFPE at 3:50 PM No comments:

CLARIFICATION ON THE ADMISSIBILITY OF HOUSE RENT ALLOWANCE (HRA) DURING THE CHILD CARE LEAVE (CCL) – REG.

The undersigned is directed to refer to Para 6(a)(i) of this Ministry’s O.M.No.2(37)-E.II(B)/64 dated 27.11.1965, as amended from time to time, on regulation of House Rent Allowance during Leave which stipulates that a Government servant is entitled to draw HRA…..during total leave of all kinds not exceeding 180 days and the first 180 days of the leave if the actual duration of leave exceeds that period, but does not  include terminal leave, ….. It has also been stipulated, there under, that drawal of the allowance (HRA) during the period of leave in excess of first 180 day availed of on grounds other than medical grounds mentioned in sub-para (ii), shall be subject to furnishing of the certificate prescribed in Para 8(d) of the O.M. ibid.

2. This Ministry has been receiving representations from the female employees that certain Central Government Ministries / Department / Establishments are not allowing HRA during the Child Care Leave (CCL), especially when taken in continuation of Maternity Leave of 180 days. The reason for their reluctance may be the fact that CCL has been first introduced on the recommendations of the 6th Central Pay Commission, though the Department of Personnel & Training (DoPT), vide their O.M .No 13018/1/2010-Estt.(Leave) dated 07.09.2010 inter-alia, reiterated that the leave (CCL) is to be treated like Earned Leave and sanctioned as such.

3. It is, therefore, clarified that the ‘total leave of all kinds’ as referred to in Para 6(a) of this Ministry’s OM dated 27.1.65 ibid, will include Child Care Leave for regulating grant of HRA during leave, subject to fulfilment of all other conditions stipulated there under, from time to time. It is also clarified that drawal of HRA during leave (including CCL) in excess of first 180 days, if otherwise admissible, shall be subject to furnishing of the certificate prescribed in Para 8(d).

4. These orders take effect from 01.09.2008. HRA during CCL, if not paid to women employees who are entitled to it as per this clarification, may be reconsidered, if so requested by the concerned employee.

sd/-
(Anil Sharma)
Under Secretary to the Government of India
Posted by NFPE at 1:25 PM No comments:

DOPT PUBLISHED SOME IMPORTANT INSTRUCTIONS AND STANDING ORDERS THROUGH AN ORDER REGARDING MACP SCHEME AS FAQ. 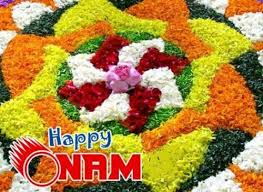 GOVERNMENT HAS UNDERTAKEN SEVERAL STEPS TO IMPROVE THE FUNCTIONING OF CGHS-MINISTER REPLIED IN LOK SABHA
Health & Family Welfare Minister Shri.Ghulam Nabi Azad replied in Lok Sabha on 17.8.2012 to the question of 'what action taken by the Government, whether complaints have been received about the dissatisfaction of a large number of Central Government Employees with the services provided by the Government under the Central Government Health Scheme'.
PERFORMANCE OF CGHS
While CGHS endeavors to provide best possible health care facilities to the large number of beneficiaries consulting / visiting CGHS Wellness Centres (approx. 1.2 Crore during the last one year), some complaints are received about unsatisfactory services.
The dissatisfaction relates to shortage of doctors and other manpower resulting in waiting period before consulting doctors, issue of medicines, delay in settlement of medical claims of pensioners, issue of medicines of specific brand, reimbursement at CGHS rates for the treatment taken from unrecognized hospitals, overcharging by empanelled hospitals, opening of new dispensaries, etc.
Government has been receiving increased budgetary support over the last few years to take care of CGHS beneficiaries.
Government has undertaken several steps to improve the functioning of CGHS. These include:
·     Computerization to improve better inventory management and availability of medicines at CGHS Wellness Centres. Based on computer data, 272 commonly indented medicines are procured from manufacturers at discounted rates and make them available at Wellness Centres.
·      Portability of CGHS cards at any dispensary all over the country.
·     Issue of medicines for three months in cases of chronic illnesses.
·     Appointment of Medical officers on contract basis as an interim measure to tide over shortage of doctors.
·    Receipt of medical claims of pensioners at Dispensary level and proper verification of documents by CMO i/c to ensure that all required documents are submitted.
·    Enhancement of financial powers of Addl. Directors upto Rs.5 Lakhs for speedy settlement of medical claims of pensioners.
·    Regular meetings undertaken by Addl. Directors with CMOs i/c to ensure smooth functioning of Wellness Centres for better delivery of services.
·    Reimbursement from two sources – i.e., from CGHS as well as medical insurance in respect of beneficiaries holding mediclaim policies.
·    Formation of Standing Technical Committees for examination of requests for full reimbursement.
·     Settlement of hospital bills of empanelled hospitals and diagnostic centres through UTI-ITSL for early settlement of claims to ensure that the empanelled hospitals provide credit facility to pensioners , etc.,
·     Pensioner CGHS beneficiaries residing in non-CGHS areas are permitted to avail IPD and follow up treatment from CS (MA)/ ECHS empanelled hospitals with prior permission from CGHS.