One more option given to GDS to enroll in Service Discharge Benefit Scheme (SDBS) and Personal subscription / contribution towards this scheme – Directorate order:


The Service Discharge Benefit Scheme (SDBS) for GDS came into effect from 1st April, 2011  (vide OM No.6-11/2009-PE-II dated 01-04-2011). It is noticed that only 70% of GDS has opted the Scheme.
On request of Service Unions / Federations, it is now considered to give one more option to the remained willing GDS; the Directorate issued guidelines / instructions  on the subject on two items :

(i)   Extend one extra option for enrollment:
= GDS having less than 3years of service as on 01-01-2014 are not eligible.
= Enrolment must be made before 31st January 2014
(Govt. contribution shall be commenced from that month only)


= The personal contribution / subscription can be deducted from the monthly TRCA on application to the concerned DDO.

The interested GDS can now enroll themselves in the Scheme. 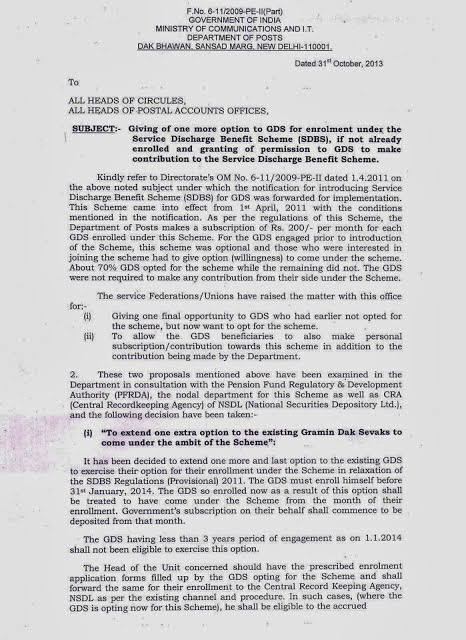 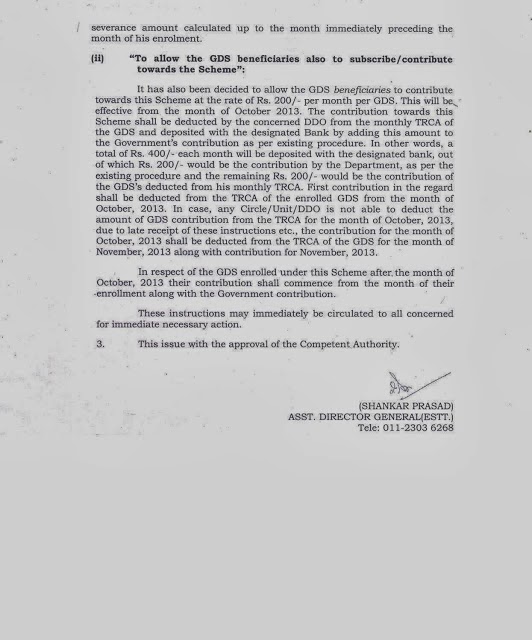